Based on data sonifications I made for the 2015 Axial Seamount Eruption Data Nugget, I mocked up an audio display prototype, which I have included below. The audio display has three tracks that roughly span four minutes in length. I included the graph of the 35 days of bottom pressure sensor data alongside a playlist of the audio files. The audio display material consists of a narrator, five sonifications, and a few earcons embedded within the sonification mix. To additionally mock up the sound of natural environment bed tracks, I have six audio files in the playlist. Tracks 1 - 3 contain the sound of waves as a bed track under the narrator. Tracks 4 - 6 are the same audio display but without an environmental bed track under the narrator. 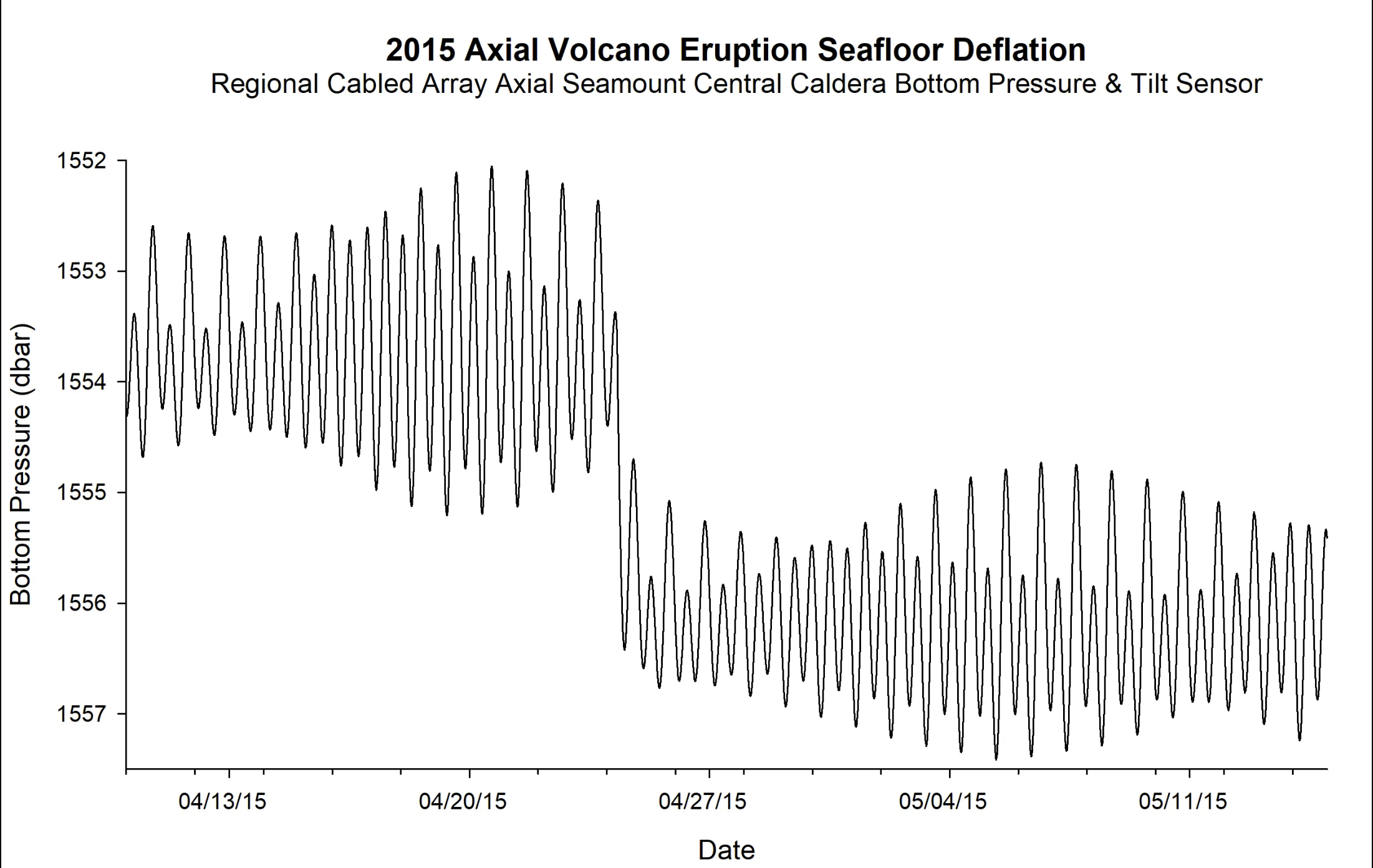