Based on core lessons from the 2015 Axial Seamount Eruption Data Nugget, I created data sonifications and mocked up an audio display prototype, which I have included below. Please note that the Ocean Labs data nugget does not include the graph (included below) that we sonified and developed an audio display for; yet, the graph is important to demonstrate a core lesson that seafloor inflates and deflates over time as a result of volcanic activity. The graph we sonified and created an audio display for comes from the Axial Seamount blog from the Earth-Oceans Interactions Program site.

The audio display has five tracks that span just over six minutes in length. I included the graph of the time-series plot of bottom pressure data of the long term record of seafloor from 1997 through 2021 in the Axial Caldera in the NE Pacific Ocean. This is alongside a playlist of the audio files. The audio display material consists of a narrator, six sonifications, and a few earcons embedded within the sonification mix. To additionally mock up the sound of natural environment bed tracks, I mixed an underwater ambience track beneath the narrator. 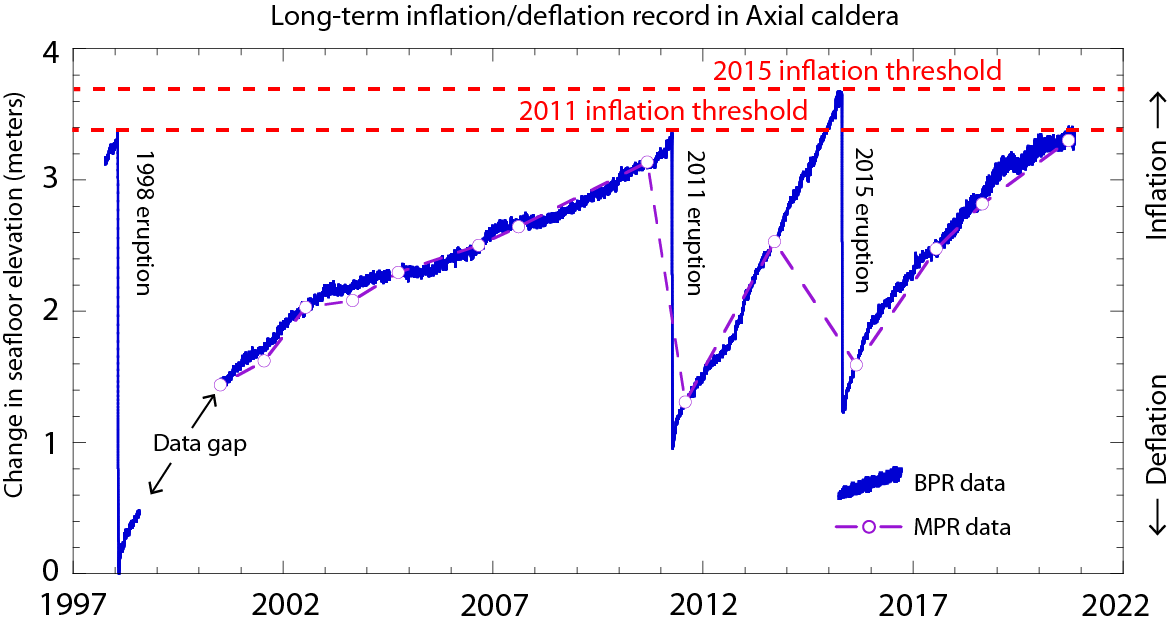