Based on core lessons from the Extratropical Storm Hermine Data Nugget, I created data sonifications of the various meteorological instruments and mocked up an audio display prototype, which I have included below. Please note that the Ocean Labs data nugget does not include sea wave height as part of its graph (below). Storms also impact sea wave height, and Leslie Smith acquired this data from the OOI so that we could include in the sonification and audio display.

I broke up the audio display into smaller segments. The audio display has twelve audio tracks that span just under seven-and-a-half minutes in length. I included the graph of the time-series plot of the Inshore Surface Mooring Bulk Meteorology Instrument Package (METBK) that captured the response to the storm passage. This is alongside a playlist of the audio files. The audio display material consists of a narrator, seven data sonifications, and a few spearcons embedded within the sonification mix. To additionally mock up the sound of natural environment bed tracks, I mixed an ocean beach ambiance track beneath the narrator. 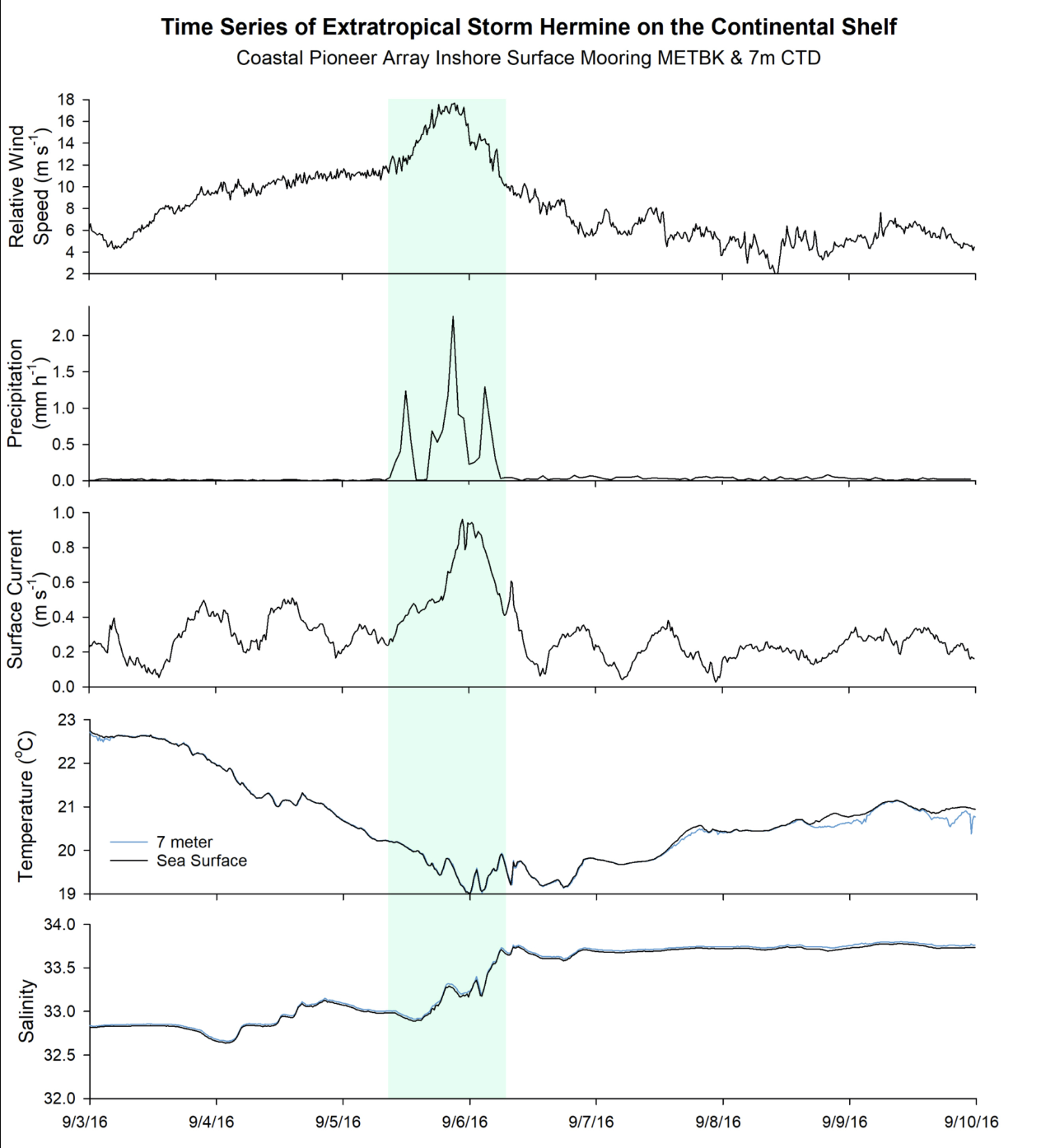